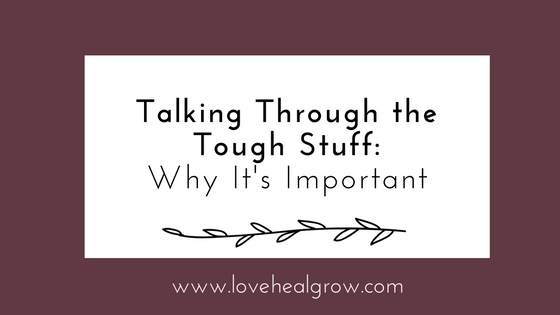 In addition to the counseling I do with couples, I spent 4 years facilitating relationship groups at a Sacramento community agency. I loved this work—and to make it even better, I led the groups with my spouse.

We were able to play a part in helping to strengthen hundreds of families in the community—and we would often tell the couples in class that our relationship benefited as well.

There’s nothing like sitting with 20 couples who are committed to making positive change in their relationships—so inspiring.

One of my biggest takeaways from working with all of those couples was the huge benefit when both partners are willing to take time to discuss the tougher topics in their relationships.

So often it is easier to bring up the tough stuff by quickly making some demands…or just choosing to avoid the issue altogether.

Though these techniques may seem quicker or easier—we miss out on the opportunity to truly understand ourselves and our partner, leading to greater connection—and a greater likelihood that the issue will be resolved in a way that each partner is satisfied.

I put together two examples of how couples fall in to the traps of either rushing to a solution or avoiding the topic altogether:

Too Quick to Problem Solve: Marybelle, Evan, and Their Demanding Schedules

Evan and Marybelle have been married for 3 years. Marybelle has taken on more responsibility at work and is feeling the pressure. She looks forward to coming home to Evan after work, because spending time with him helps her feel loved and relieves stress. Evan loves spending time with Marybelle, but lately his evenings have been filled with work commitments and his baseball league.

Marybelle approaches Evan and says, “I need you to quit baseball or cut back at work. You are never home for dinner and it’s just ridiculous. Don’t you even care about me?”

Evan, taken aback, either gets defensive and angry leading to a big argument OR feels guilty and quickly agrees to quit baseball, which leads to resentment of Marybelle and her request because baseball is important to him.

Ultimately, either response leads to distance and tension in the relationship.

It’s wonderful that Marybelle was aware of what she needed (more time with Evan) and that she was willing to speak up for her needs. Since Marybelle came up with a solution to her problem on her own (Evan needs to quit something so he is home at night)—it came off as a demand instead of a conversation.

What could be done differently?

It’s can be hard to have an entire conversation when you think you already have a good solution to the problem. If we rush into problem solving, though, we miss the opportunity to let our partners understand what is really going on with us.

Marybelle can approach Evan about her feelings (stressed at work, missing him lately, lonely at night) and give him the chance to learn about what she has been experiencing. Then, Evan can share his own experience (also missing Marybelle since his evenings have gotten so busy, frustrated because his work life has also been so demanding).

Now they understand that they both have the same need—more time together—and they can work together to find a way to meet that need in a way they both feel good about.

Avoiding the Issue: Jane, David, and Their Lacking Sex Life

Jane and David have been married for 7 years. They have a 4 year old and a 2 year old. Their sex life has had its ups and downs since Jane’s first pregnancy. They’ve never really discussed it, both assuming infrequent sex is a normal part of married life—especially after kids.

Now, though, it’s been 6 months since they last had sex and neither Jane nor David is happy about this. David doesn’t bring it up because he thinks Jane has enough on her plate to deal with—and if he’s really honest with himself, he’s worried she isn’t attracted to him anymore. Jane hasn’t brought it up because she feels uncomfortable with the changes in her body since having two kids—she assumes that if David isn’t making any moves on her, he has noticed the changes, too.

Both Jane and David are still attracted to each other and want their sex life to improve, but because they both feel uncomfortable bringing it up and worried that their partner will reject them, they avoid the conversation all together.

Over time, not only does their sex life not improve, but their disconnection grows. They notice they are bickering more about meaningless issues; they feel lonely and unhappy.

Jane and David fell into the common trap of avoiding the issue.

What could be done differently?

It can be so hard to bring something up with our partners when we are worried they either won’t understand us, will reject us, or even if we are concerned about hurting their feelings.

Ultimately though, avoiding the problem doesn’t make it go away.

The tension in the relationship will seep out in other areas. If Jane or David were able to start a conversation about their sex life, they could have come to realize they felt the same way. How comforting that would have been!?

If so, you are not alone. We’ve all found ourselves in situations where we either rush to problem solve or avoid bringing it up all together.

Sometimes this is okay and doesn’t hugely impact the relationship.

With the more meaningful stuff in our lives, like spending quality time together and our sexual intimacy, it can take a toll if we aren’t taking the time to talk about our feelings and needs.

Think your relationship might need some support? I’m happy to talk with you about how couples counseling can help. Let’s connect—contact me today. 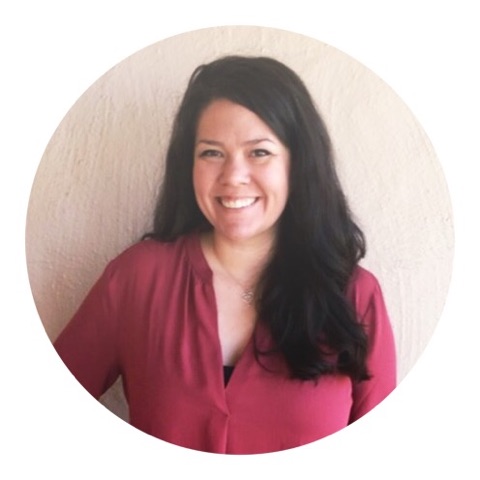 Counseling can help us improve our relationships with others as well as with ourselves. Often when we take the time and space to explore our experiences, we find increased understanding for ourselves and others. This helps us heal, grow, love, and live fulfilling, meaningful lives.

You can find me at Love Heal Grow Counseling in Sacramento, CA and in the community facilitating healthy relationship groups with my husband.

This website uses cookies to improve your experience while you navigate through the website. Out of these, the cookies that are categorized as necessary are stored on your browser as they are essential for the working of basic functionalities of the website. We also use third-party cookies that help us analyze and understand how you use this website. These cookies will be stored in your browser only with your consent. You also have the option to opt-out of these cookies. But opting out of some of these cookies may affect your browsing experience.
Necessary Always Enabled

Any cookies that may not be particularly necessary for the website to function and is used specifically to collect user personal data via analytics, ads, other embedded contents are termed as non-necessary cookies. It is mandatory to procure user consent prior to running these cookies on your website.